Propose to Her in a Coach! - Panorama Tours
1205
post-template-default,single,single-post,postid-1205,single-format-standard,ajax_fade,page_not_loaded,,qode_grid_1300,footer_responsive_adv,qode-theme-ver-10.1.1,wpb-js-composer js-comp-ver-5.0.1,vc_responsive

Propose to Her in a Coach! 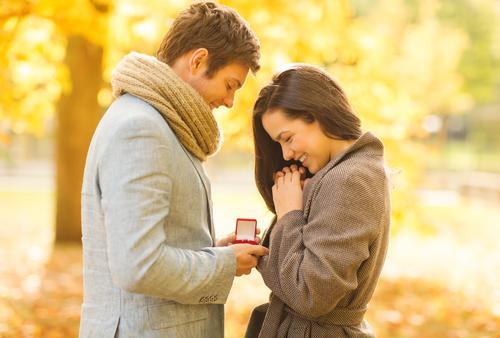 Posted at 11:53h in Wedding Transportation by admin 0 Comments
0 Likes

You’ve fallen in love and can’t wait any longer: it’s time to ask the girl of your dreams to marry you. You’ve put a deposit down, ordered it, and now all that’s left is to figure out how you’re going to ask her.

It may have been going to the championship game of the NBA finals where your favorite team was playing and they won, or maybe it was when you found out you had passed the bar exam and were officially an attorney. It could have been getting a date with that girl you thought would never give you the time of day, or having connections and getting to drive a Ferrari for the first time on a speedway.

This would be especially true with regard to substantial life decisions– just like asking someone to marry you. You want it to be something special, something you’ll both never forget. Possibly you like to go big by asking her in a hot air balloon ride over a city lit up at night. Or, there’s always the opportunity of mundane and ordinary: asking her whilst in the middle of eating a sandwich as you walk together across campus. (Haha! Did you love the significant contrast in instances there, cuz we sure did!) While some people say I love you on one knee, others have it announced over the loudspeaker at the coliseum to thousands. Some folks want to ask their sweetheart in the middle of a crowded metropolitan city, while others would prefer to be out in the middle of nowhere in the desert, under a night sky that’s littered with stars. And for some, creativity is the game, as in that scene in “While You Were Sleeping” when Jack comes to the train station and offers an engagement ring in place of the gold token one would usually offer to the attendant to be able to ride the train.

The above examples offer several different asking approaches, but we think we’ve come up with an even better one. Have you ever heard of someone getting engaged in a motorcoach? It isn’t exactly the romantic venue you picture when you’re asking someone to marry you.

Firstly, she’ll never presume it to happen on a coach, so you can take advantage of the element of surprise. Most girls are wanting to imagine somewhere quiet and personal, a setting that’s sentimental, and maybe a great dinner, candles, or chocolate and roses. (You know, the typical.) Because it won’t be something she will have thought of, you’ll likely catch her off guard and she won’t forget that!

Next, because it’s not something standard, you’ll have to employ some creativity to make it romantic. And when you’re designing the ambiance, it’s probably going to be more personal and have more meaning, two things that will make it more memorable.

Third, the coach itself is a depiction of what you’re asking her to do: keep on a journey with you. Go through life together, deal with things, metaphorically go to new places and experience new hurdles and opportunities. Coaches take people from Point A to Point B, and you’re asking her to do the same thing with you– start here, and go ahead into the future together.

Fourth, take advantage of the fact that you’re on a coach and have the driver ask her over the PA system for you! Once again, apply the element of surprise (and don’t tell anyone else on the coach what’s going down, either). Everyone can take joy in the surprise of the moment and the joy that both of you are sharing. A coach full of cheering and congratulations? What about that isn’t heartfelt and fun?

Once they’re all there, you go and get her and head to the same place, riding in the coach. While en route, ask her to marry you. Use that same coach to get everyone back down the canyon to their own cars after a super fun night of celebrating this huge decision of commitment the two of you have made.

See? Asking her in a coach is a good gig! When that time comes round for you, we hope you’ll consider it. Contact us today for a great rate, and enable us to be part of one of the most essential events of your life!