A Bit about Warren Miller 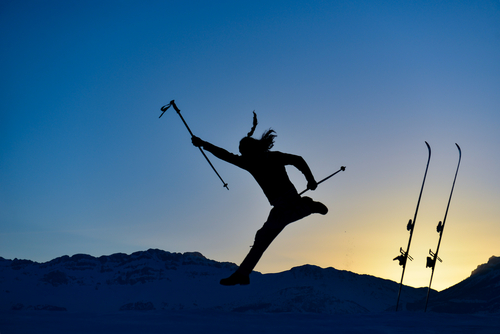 18 Dec A Bit about Warren Miller

Posted at 09:33h in Ski Transportation by admin 0 Comments
0 Likes

In 2012, Warren Miller, the person greatly known by ski enthusiasts for his films advertising the sport, sat down with Neal Thompson to speak about his career and tell some of the background of how it all began *. For anybody who loves to ski, it’s amazing to hear someone talk about the sport with that type of passion, and it’s cool to become better acquainted with some of the behind-the-scenes that made up this man’s story.

He became widely known for his work in the sports film industry, it really began in a rather humble way. Warren talks about how, as a Boy Scout, he had bought a Univex camera for a mere 35 cents. He would take photographs of the different things they were doing when he was with his troop at camp. Upon his return home, he ‘d show these small pictures to other friends who were busy in sports and other things (not Boy Scouts). As he showed them the various images, he would tell the stories behind what was going on, and that may have been the forerunner to what he became known for in his professional life.

After leaving the army in World War II, he bought an 8 mm camera, and the pictures that he took of himself and friends were originally with the intent of critiquing their own skiing so they could determine what they were doing and then try to improve. So, after his first season of skiing in Sun Valley, ID, he came back to California and showed the pictures that he ‘d taken of them learning how to ski to his surfer friends. Showing what it looked like to be on skis in snow in the mountains must have been intriguing and foreign!

Some other fun facts?

When Warren first began making films, ski resorts were a far cry from what they are today. Well, to begin with, when he first began what became his trademark work, there were only 15!

One of the remarkable things he talks about in the interview is how he worked out a deal showing his film to 50,000 people in a year, in the past. Today, with the advances in technology, any of us can shoot video on the mountain with our iPhones, add a filter if we want, and upload it or send it to a ton of people, immediately. But, when he began his work, what did he have to do to make it available to lots of people? He ‘d show a film to about 500 people a night. To show it to 50,000 people in a year, that meant he had to do 100 nights, traveling from location to location and developing his show. After making this comparison, he said, simply: “That’s how much time has gotten condensed.”

While most of us haven’t spent our professional lives working in the ski industry like Warren Miller, we can still love fresh powder and the way it makes a day on the slopes absolutely epic. We love providing transportation to the slopes for large groups. Whether you are taking the entire office, going with the extended family for a reunion over Christmas vacation, or need to take a group of 8th graders up for a day school outing, we are here to help. Any day that we can help with joy in the open airs is a good day in our books. Why? Because we believe, as Warren quipped in his interview with Neal, “When you get to the bottom of a hill, you’re a completely different person than when you left the top.” Call us today!

To watch the interview and learn more, go here:
https://m.youtube.com/watch?v=3EM_NWs86FU
( This interview is where the information in this article originated from.).