Study at the Library! 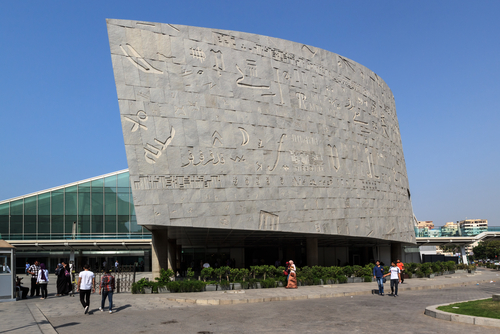 01 Feb Study at the Library!

Posted at 13:07h in School Transportation by admin 0 Comments
0 Likes

What is education about, if it isn’t about earning knowledge and establishing on the wisdom of the past? It’s essential that we have connection to ideas and philosophies and thoughts that have reigned through time in order to better recognize the world and our place in it. Having this knowledge enables us to understand other cultures, time periods, and traditions, and it helps us add to that data bank by continuing to examine all disciplines to widen on what we already understand. Getting information and materials, organizing all of it, and then making it available for the benefit of everyone is one of the vital roles of libraries.

You’ll be fascinated by the story of the Library at Alexandria if you’re one of those people that gets lost in bookstores and loves to talk about ideas. It was, in its day, the center for learning and education in the age-old world. When Alexander the Great founded the city of Alexandria in 332 BC, he thought that knowledge was a key element of power. His father, King Phillip, had really wanted Alexander to receive the best education available. Because of this, Alexander was educated under the great Aristotle, who said:” Educated men are as much superior to uneducated men as the living are to the dead. The fate of empires relies on the education of youth.”

While Alexandria was absolutely a prime location from a military standpoint, Alexander hoped it would become an intellectual hotspot, too. He wanted books, and loads of them, though he died before he managed to see that dream happened. Even so, that hope came to fruition through the efforts of Ptolemy, who ruled following Alexander’s death.

The library served as a hub for scribes and intellectuals, and many of the great minds of the day spent time there for research and scholarship. Today we only know the site of the Serapeum, which housed additional materials as the library’s collection grew. Itis estimated that the Serapeum potentially held 300,000 books, but no one can say with certainty how big the collection for the entire library actually was.

And just as the Library of Alexandria was the most important library of its time, we have a modern equivalent today in the United States. The Library of Congress is an impressive library holding more materials than you can wrap your mind around. It was conceived as a library to serve members of Congress, and it’s a research library– meaning you can’t check anything out.

Not too many years after its creation, however, the Library of Congress was burned by the British in August of 1814. It was only a short matter of time before Thomas Jefferson offered his personal library as an alternative. His collection of over 6,400 books more than doubled the size of the original library, and it was bought by the United States at a price of almost $24,000 dollars.

The library takes up three buildings: the Thomas Jefferson Building, the John Adams Building, and the James Madison Memorial Building. Among other gems, the library houses some handwritten documents from significant times in our country’s history: the original draft of the Declaration of Independence, the first Inaugural Address given by George Washington, and Lincoln’s Gettysburg Address. The library’s collection contains materials from many countries, in many languages, in a variety of mediums.

The Library at Alexandria and the Library of Congress are like bookends in time, two pillars in the modern and ancient world that attest to mankind’s thirst for information and knowledge. And as a motorcoach provider, we are grateful for the scholarship and opportunities that libraries afford us.

Information for this article arised from the following sources:.